In the summer of 1707, during the war of the Spanish Succession, a fleet of 21 ships left Gibraltar heading for England. Due to bad weather and a navigational error the fleet went off-course, struck rocks near the Isles of Scilly and four ships were lost along with the lives of some 1,400 to 2,000 seamen. It was one of the greatest maritime disasters in British history. For days afterwards bodies and wreckage were washed on to the isles and many sailors were buried on the island of St Agnes.

In the past brown rats (Rattus norvegicus), were frequent inhabitants on ships and are known to be able to swim for about half a mile in open sea and tread water for up to 3 days. It is likely that it was during these renowned shipwrecks that brown rats first set paws on St Agnes. 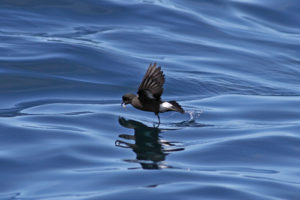 Situated 28 miles off the south-western tip of the Cornish coast, the Isles of Scilly are designated an Area of Outstanding Natural Beauty and are highly protected for their breeding seabirds, forming part of the ‘Natura 2000’ network of globally important conservation sites. The Isles comprise an archipelago of five inhabited islands and many small rocky islets. St Agnes, and neighbouring Gugh, (which are linked by a sandbar) is the fourth smallest island with a population of 82 island residents.

Recent concerns from RSPB, Natural England, Isles of Scilly Wildlife Trust and other local conservation groups about the declining seabird numbers on St Agnes were well founded following a full breeding survey. This revealed that 20,000 breeding birds of 14 species had declined by a quarter between 1983 and 2006. The Isles of Scilly are unique in having England’s only known colony of storm petrels (1,398 pairs) as well as 171 pairs of Manx shearwaters.

What was the cause of this decline? A study undertaken on Lundy Island, showed that non-native brown rats are the greatest threat to these two special birds, as they predate on the eggs, chicks and adults. With a known population of brown rats on St Agnes and Gugh it was clear that they were having an impact, and were a key factor in declining seabird numbers. By removing the rats seabird numbers should eventually recover, and could also benefit the declining population of lesser white-toothed (‘Scilly’) shrew, found nowhere else in Britain.
“The project we want to undertake on St Agnes and Gugh mirrors what took place on Lundy in 2004 and resulted in a strong recovery of the seabird breeding population there,” said Jaclyn Pearson, Isles of Scilly Seabird Recovery Project Manager. “If we are successful, it will be the largest inhabited island in the world that has been cleared of rats.”
“The aim of the project is to protect and enhance the islands’ seabirds and protect them from re-invasion of rats,” explained Jaclyn. “A feasibility study and winter trapping survey of St Agnes and Gugh revealed a population of some 3,300 brown rats. Our study concluded that rats could be eradicated on St Agnes and Gugh because they were far enough from other islands to prevent rats swimming across and reinvading. It was also considered a priority programme because of the proximity to the uninhabited island of Annet which has very important colonies of seabirds which could be devastated if rats reached there.”
“A grant, funded by LIFE, the EU’s financial instrument for the environment, and the Heritage Lottery Fund, has meant that we can embark on this 25-year project and set-up the rat eradication programme,” says Jaclyn.
Wildlife Management International (WMIL), based in New Zealand, has been appointed to undertake the rat removal work and has an amazing track record of invasive species eradication. “We have set up a ground based operation which began on 8 November 2013 and is scheduled to run until March 2014,” explains Elizabeth (Biz) Bell, Senior Ecologist for WMIL. “The operation involves placement of bait inside bait stations across the islands. We started with a bromadiolone bait supplied by Bell Laboratories, however we were conscious that we also needed to target problem rats. PelGar International provided a lot of support to get through the whole derogation process and obtain permissions to use a wider range of products. They provided two lots of alternative baits – their difenacoum based Roban and the brodifacoum based Vertox Excel baits which were targeted at the phases where there might be resistance issues.”

The team of volunteers, involved in the project on the ground, comprises four WMIL personnel and six to eight volunteers who have all been trained in safe bait placement and handling techniques. The bait was placed in 1,036 baiting points across the island. In most cases bait was placed in standard drainage pipes however, where baiting took place in houses and gardens securely locked bait stations were used. At the start of the project the team visited each of the bait points and 2,102 monitoring points daily for the first couple of weeks but now that the project is well underway they are being visited every five to six days. When the rats have taken the bait they tend to go underground in their burrows to die. Those found dead on the surface are immediately collected – to avoid secondary poisoning – autopsied and then incinerated.
“At this stage in the project we are pretty sure that we have already got rid of the rats,” explained Biz. “This is very encouraging but we do need to continue to monitor in case any isolated hibernating rats emerge.”
“In terms of the restoration programme there needs to be evidence that the area has been rat free for two years before we can claim that the islands have been cleared of rats, so long-term monitoring will continue. Eradication is a completely different mindset to control as we are aiming to remove every individual. We hope however that the chicks born this year will survive and that the seabird population will recover quickly,” said Biz.
“We are delighted that WMIL opted to use our bait in this unique rat eradication operation,” says Dr. Gareth Capel-Williams, Managing Director of PelGar International. “As one of the founding members of the Campaign for Responsible Rodenticide Use (CRRU), PelGar invests heavily in educating, farmers and pest controllers about the biology and behaviour of rodents and best practice to ensure non-target species are not affected by rodent control campaigns.” 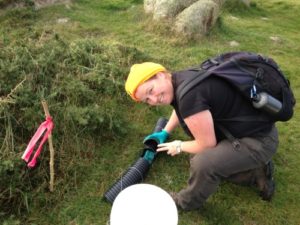 “This project is not just about rodent control and recovery of our seabirds” says Dr Rob Lambert, Vice president of the Isles of Scilly Wildlife Trust. “It is about people coming together to improve the environment and conserve wildlife. This is reckoned to be the largest community-supported island restoration project in the world. All the residents on the island have been supportive of the project ­ – and this is crucial for its success. Getting the residents to understand the importance of biosecurity on the island and rodent control is vital. It was also important to educate the school children about the project and stress the importance of not bringing rats and mice onto the island. Ridding the island of rats will not only ensure the islands’ future as an unique habitat for breeding populations of seabirds, but will help bring back a balance and harmony to the natural flora and fauna on the island.”