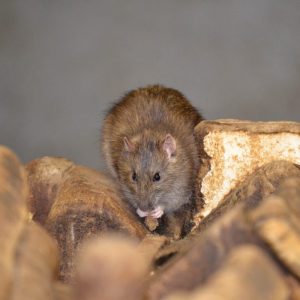 To start with a tangent.  Animals do not observe borders, but they do understand boundaries.  These boundaries do not always need to be anything so striking as an indomitable cliff wall, or an uncrossable river.  These boundaries, especially for arthropods, can be decidedly more nuanced.  The right temperatures at the right time of year, plants or crops of a specific species being able to thrive, the need for or the absence of drought are all examples of ways in which a change in climate will affect local and global ecologies.

Globalization has also played a pivotal role within this equation. It too allows plants and animals to cover much greater distances than ever before.  Hitchhiking on our transit systems they can reach almost anywhere that humans have settled.  This, coupled with the fact that global temperatures have been showing a steady increase in temperature over the last 50 years, means that more and more of these invasive species are finding environments conducive to their survival upon disembarkation on our shores.

Examples of invasive species taking advantage of these footholds include the Asian Hornet (Vespa velutina) which has started to settle on the south coast of the United Kingdom.  These hornets have the capacity to decimate nests of honeybees in hours and, if their colonization moves further inland, they will have tremendous impacts on commercial honeybee culture and the native flora which benefit from cross pollination whilst these honeybees forage.

New species of mosquito have also been reported within the UK, with increased sightings of the Asian Tiger mosquito (Aedes albopictus) around the south coast in recent years.  Although Public Health England reports that these species are considered to be of low risk to humans, it does highlight the potential for new vectors to be introduced and how even a single new species becoming established can have a considerable impact on the local ecology.

Increasing temperatures not only allow for new species coming in but will also allow the poikilothermic animals such as insects a greater advantage. This serves to aid the survival of novel and invasive insect species and allows for existing pest insects, especially those of crop and fruits, to digest food faster, grow more rapidly and reach sexual maturity sooner.  Currently between 10-16% of crop yield is lost to pests annually.  With an increase in pest biomass, as a result of an increase in temperature, these numbers are only set to grow with some countries around the world already reporting unprecedented numbers of swarming insects causing irreversible crop damage.

Nevertheless, it is not just these species which are invading our borders.  With each invasive species comes the capacity for a host of parasites and diseases, creating a dangerous risk of new and exotic zoonosis into our environments with the prospect that they could be potentially carried by our already indigenous and established flora and fauna.

The advent of the pandemic Coronavirus strain COVID-19 and its links to its origin in wild animals is a stark reminder of this.  It also reminds us that we are not that far removed from nature as we, in our cities and managed environments, may like to think.  In fact, many of the diseases which plague the world today have their beginnings in other species.

We are incredibly fortunate that, at present, many of these zoonotic diseases are not present within the pest populations of the UK.  Yet we are in a world which is shrinking every day.  One of the more alarming observations during the times of epidemics and pandemics, is the impact this has on the functioning of society.  Previous instances of disease outbreaks have shown the impact to public amenities, the panic buying (and subsequent storage and mass wastage) of food and a breakdown in transport providing vital supplies and equipment.

In the more immediate term, the more volatile climate has seen the United Kingdom experience a sustained battering from several storm fronts in the last few months with more likely in the future.  This has resulted in widespread flooding across the UK.  The unexpected flooding of meadows and flood plains will have had a devastating impact on those species of British wildlife which overwinter by hibernation or torpor in and around these areas.

Species that have started to bear young, or bear them year round, will have had to abandon nest sites, commit infanticide or leave the litters to the mercy of the elements. Many of those animals which have the capacity to relocate will have been displaced, migrating away from flooded areas in search of food and shelter, especially towards areas of human interest which will have remained relatively warm and dry. The displacement of wildlife will undoubtedly be seen within our industry as a sharp increase in instances of pest activity in areas of human habitation.

If we are then to consider all three of these factors; the potential for novel disease, the forced displacement of pest species due to a volatile climate; and the knock on effects that a threat of pandemic has on the infrastructure of modern society, there is a very real risk that we will be caught out in this brewing storm.

So, what can we do?  Well uncharacteristic change doesn’t necessarily mean unpredictable.  As an industry we need to look both nationally and globally at which way the wind is blowing, sometimes literally.  If we can predict how changes in the climate will most likely occur, we can prepare tools and strategies not just reactively, but proactively and therefore contain the potential for disaster early on.