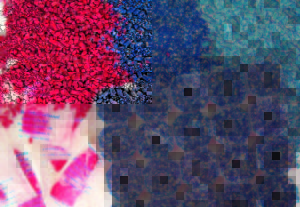 Historically rodenticides – speciﬁcally the second-generation anticoagulant rodenticides (SGARs) – came in a variety of ‘flavours’ but usually only the one strength: 50ppm. But over the past few years the pest management industry has seen a plethora of new products appear at a new lower dose of 25ppm. Why have these products appeared? What has been the driving force behind this change? And, most importantly, how has this affected the way we engage with pest populations of rodents?

It is important to note that one of the key differences in these baits, other than the strength, is the inclusion of a warning that SGAR baits containing above 30ppm are potentially reprotoxic, which means they can interfere with normal species reproduction. As a consequence, both the products, and treatments, should be labelled accordingly.

And herein lies the pebble which started this avalanche almost a decade ago.

First, some clariﬁcation is needed as to what is meant when we refer to a product as being reprotoxic. Products that contain substances which may cause adverse effects on sexual function and fertility as well as developmental toxicity in offspring are deemed to be reprotoxic.

These products fall under the category of CMRs within a European regulation governing classiﬁcation, labelling and packaging (CLP) in which a CMR is further defined as any product that contains chemicals capable of causing a carcinogenic, mutagenic or reprotoxic effect within a biological system.

This initially sounds very alarming, but it must be noted that there are already many products used today that are intentionally reprotoxic by design. Many insect ‘vector control’ strategies rely on the use of chemicals that disrupt the ability of larval insect forms to develop properly, as well as sterilising adult insects and freshly deposited eggs.

Such products are used globally with great success in programmes designed to control many dangerous insect species, notably mosquitos. Chemicals that are designed to disrupt the reproduction of vertebrate animals also exist and have had some notable successes in large-scale field trials (such as those undertaken within New York City). But their use is generally met with greater opposition and accessibility to these products is currently limited.

Reclassification of SGAR baits
The decision to reclassify the 50ppm SGAR baits as potentially reprotoxic has been some time in the making and largely revolves around a medical condition known as ‘Fetal Warfarin Syndrome’. This is a condition whereby developing babies within the womb are exposed to chemicals that disrupt the abundance and utility of vitamin K within their bodies during development. The most common cause of this disruption is the administration of clinical doses of sodium warfarin to mothers during key stages of their pregnancy.

Sodium warfarin is a medical tool that shares a common mode of action with the SGARs, whereby they both inhibit the vitamin K epoxide reductase enzyme which is responsible for the recycling of vitamin K within the body. Medically this inhibition is useful to prevent blood clots and in the more comparably potent SGARs this inhibition is enough to prove fatal to a rodent.

Despite the differences in their chemical compositions, intended uses and dosages, the shared mode of action for these chemicals was sufficient to begin a review in 2006 to ascertain whether there could be the potential for the complications seen from warfarin exposure when used medically to be replicated with the use of, or exposure to, SGARs when used in the control of rodents. In 2010 a call went out for data to support or refute these claims and by 2016, after much debate among all parties involved, a decision was made. In the opinion of the relevant authorities, SGARs were sufficiently similar as to be classed as potentially reprotoxic when used above a critical concentration of 30ppm.

Far from being the end of rodenticides as we knew them, this development instead became synergistic with some interesting and beneficial changes being undertaken by the Rodenticide Stewardship Scheme.

The appearance of a subset of products at a new lower concentration allowed for the pest control industry and authorities to create a distinction between products designed for use by the general public and products intended for use by trained professionals. Rodenticide products containing more than 30ppm of active material, or that are above a certain pack size, can now only be purchased by trained professionals.

Toolkit for professionals
This allowed for a broader range of tools to be made available to pest control operators (PCOs), allowing them to implement a more focused strategy when dealing with pest rodent populations. This distinction meant that larger, more troublesome populations of rodents became treatable by trained professionals who could draw upon their foundation of training and knowledge to determine the correct and safe way to apply these products.

Controllable areas or areas where there is a documented rodenticidal resistance can still be treated with the 50ppm products by professionals, allowing for the continuation of robust and reliable control strategies. But in areas open to the public, domestic premises, or more sensitive locations the PCOs are able to implement a more appropriate strategy while still having access to a range of tools in the necessary quantities that are sufﬁcient for the job.

There have been concerns, however, that reducing the potency of rodenticides may bring about failures in control, or that control programmes may become protracted and untenable. However, the reality is that when used against a standard population of rodents, treatment programmes are generally only extended by a matter of days and not, as one might imagine, doubled.

The logic behind this is sound, if not immediately apparent. A normal rat will eat approximately 10% of its bodyweight in food a day, with a rat weighing 300g eating on average 30g of food in a single feeding cycle. The standard industry figures for rodenticides states that a 50ppm bait using the active material bromadiolone will require just 5.6g of bait to be eaten by a rat weighing 300g in order for that animal to have a 50% chance of ingesting sufficient active material to cause it to die after a short time of usually three to ﬁve days.

A 25ppm bait will therefore require 11.2g of bait in order to elicit the same effect. When compared with the average feeding habits of that rat, one can see that it is possible for the rodent to ingest the required lethal feed for a 25ppm bait within the same feeding cycle as a 50ppm. Consequently, there is no discernible protraction in the time taken to control the rat population under ideal circumstances – and only an increase of a matter of days when the rats are experiencing high food competition.

The ability to advocate a lower concentration of bait when implementing a pest control strategy allows PCOs to have greater ﬂexibility when considering environmental risk assessments. By having access to a range of bait concentrations, they are able to use as much bait as is necessary but as little as is required to achieve the desired result. This leads to a potential reduction in residues within the environment as well as a lowered risk to non-target animals from sources of primary poisoning.

Such reduced impact is of particular interest when considering the statistics provided by the Wildlife Incident Investigation Scheme (WIIS) on the ramiﬁcations of the misuse and abuse of these pesticide products, since untrained people will now only have access to the lower strength baits.

Resistance to anticoagulant rodenticides is becoming a more prevalent problem, with multiple strains of wild rodents showing practical working resistances to one, if not more, of the commonly used rodenticidal actives. It is of concern, therefore, that by reducing the strength of rodenticidal products it may be a catalyst to exacerbating the prevalence of resistance within rodent populations.

It has often been noted that although resistance to certain compounds is becoming more and more widespread, this resistance is currently isolated to a select few active materials. The pest control industry has taken measures to ensure that a range of active materials are available in a wide range of formats to ensure the correct tools at the correct strengths will continue to be available to professional users. This allows them to draw upon their experience and expertise in order to implement the most appropriate strategies for effective control of the pest populations they are trying to manage.

This article appeared in the Magazine of the Society for Food Hygiene and Technology, Issue 91 October 2019