The reality of rodenticide resistance 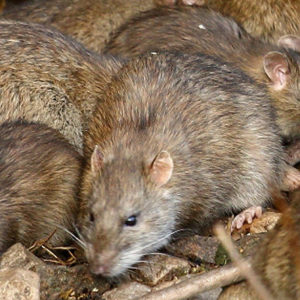 There is increasing awareness of rodenticide resistance across the UK, not helped by the fact that it’s often in sensationalist news articles talking about ‘super rats’ which cannot be controlled by conventional means. But what are the facts behind the headlines?

Resistance mapping is being undertaken through the trapping and analysis of rat and mouse tails, and this has revealed that there are confirmed pockets of genetic resistance in the UK, but they are perhaps not as widespread as some reports suggest.

The issue is that the sample size is relatively small and the collection of tails is mostly being undertaken by pest controllers who already believe they may have a resistant population. This means that the data could be considered skewed in favour of resistant rats rather than being a true picture of the entire UK rat population.

Concerns about rodenticide resistance therefore need to be tempered with the understanding that failure to gain control of rodent populations is most commonly due to not putting enough bait down, in enough places and keeping it topped up; it is far less likely to be genetic resistance.

When using rodenticides it is important to select the right bait, considering both the active ingredient and the bait formulation to get the best results. As a general rule one of the multi-feed baits should be used first – difenacoum cut wheat for mice and bromadiolone whole wheat for rats – saving brodifacoum, the strongest poison available (which also has no resistance), for situations where the other actives have not given full control. We recommend this as brodifacoum is significantly more toxic to non-target animals such as dogs compared to the other two actives.

Where bait is placed and how many bait stations are used also has a direct bearing on the effectiveness of the control; the more bait points the better as just a dozen rats could clear three bait stations in two nights, leaving little for the rest of the population. Ideally bait stations should be placed every 5 – 10 metres for rats, depending upon the size of the population. For larger infestations it is key to increase the number of bait stations, not the amount of bait within fewer stations.

Once bait is being taken (which may take up to a week with rats as they are wary of anything new) they need to be checked and topped up every two-three days where possible, with any untouched bait stations moved to areas of higher activity. Keeping records of where bait points are placed, what bait is used and how often bait points are topped up helps keep on track of the control program and forms part of farm assurance records.

Once one population is eradicated it is common for new infestations to come in and take their place in as little as just a week or two, another factor which is commonly mistaken for resistance. If this seems to be the case it is important that thorough proofing and exclusion work is carried out to prevent this from occurring.

All of these factors combined – proofing buildings, the type of bait, how much, where it is placed and keeping it topped up are all part of an integrated approach to pest control. Getting any one of them wrong can give a false impression of rodenticide resistance, when in fact it’s just failed control. You can find further details on our 6 steps to rodent control here.